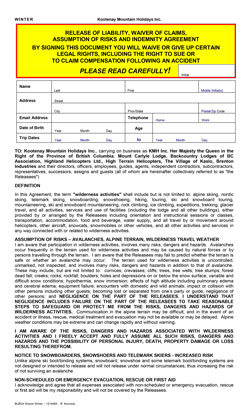 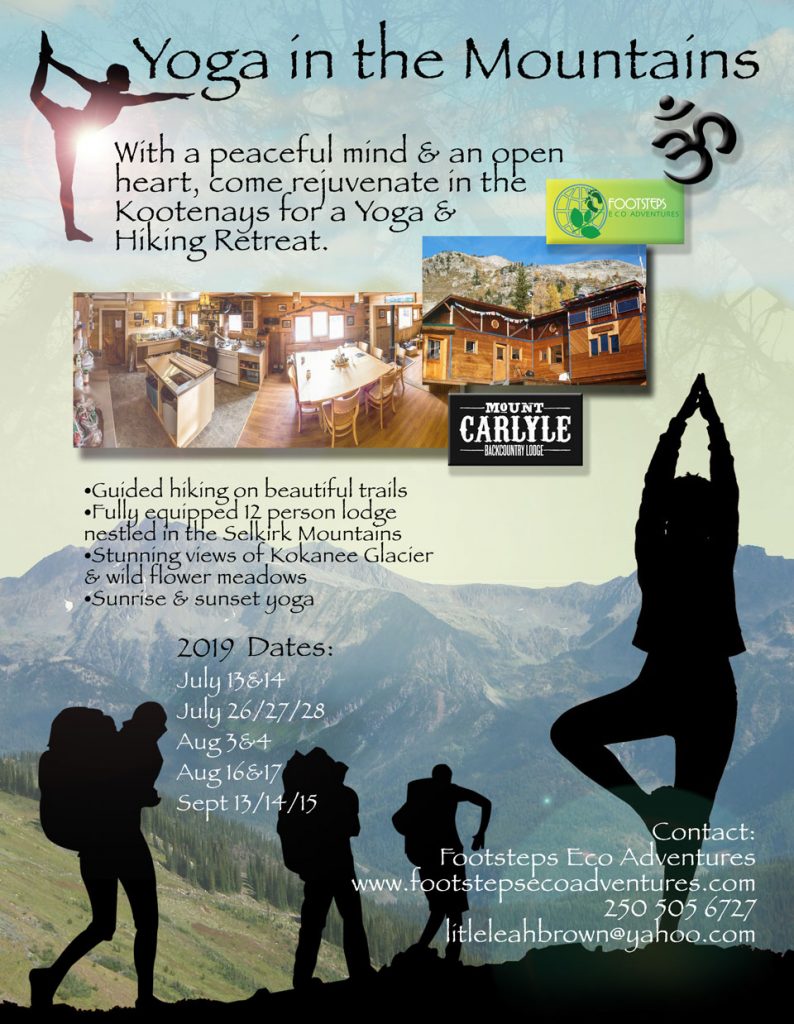 With a peaceful mind and an open heart, come rejuvenate in the Kootenays for a yoga and hiking retreat.

A recent trip up to the lodge found us ankle-deep in pow, filmmaker and photographer Derek Frankowski tagging along for some high-lonesome-country time; that’s him wayyyy down below in the approach to Carpenter Pass. Safely deposited in the cozy lodge zone, Derek took advantage of the changing weather to film and photograph the surroundings as part of an upcoming project! (pics coming from DF soon- in the meantime, if you haven’t seen Lifecycles the film, here is a link to his site- Enjoy!) The vision of Mount Carlyle Lodge owner Brian Cross, small guided groups can retrace the footsteps of historic miners through the substantial summer tenure; whether you’re a geologist by trade or interest, a history aficionado or a dyed in the wool hiker, the Sourdough route is stacked with views, vistas and stunning surroundings.

– from an article about Mount Carlyle Lodge’s Sourdough Trail by Tyler Austin Bradley. Read the whole thing on Mountain Weekly.

All the way from the Adirondacks Brian,
Hope you are well. I thought that you would like this photo from a backpacking trip we were just doing along the Moose River in the Adirondacks. That is my six year old Owen.
– Craig Prospector Peak and Beyond, Mount Carlyle is featured in the new “Where Locals Hike”, check it out..

JOIN US FOR A NEW MULTI DAY TRAVERSE THIS COMING SUMMER:

The SourDough trail….A Spectacular Kootenay Classic . 3 days /2 nights of casual hiking along a high elevation , grassy ridgeline, overflowing with wildflowers, camp beside alpine lakes, while being surrounded by 5 different mtn ranges. A photographers dream.
What’s SPECIAL about this hike is you only need a day pack !! That’s right NO Heavy pack. At both nights camping sites we have located “stash” boxes , supplied with all camping supplies, along with all non-persihable food supplies. Read more about it here…

Summer will be here soon This past week Carlyle Back country Lodge had the pleasure of hosting Julie and Caroline Vanthoff. A Dutch female team of Journalist and photographer; and ripping skiers. Both ladies have been hanging out in Nelson and area for this past ski season. They feel in love with the Kootenays, our mountains, and our rockin’ ski culture. So much so they are trying to find ways and a means on moving to our area. More creative souls to add to eclectic kootenays vibe.

The girls had never experienced a back country ski touring lodge before , and the only touring they had ever done has been Euro-style and in N.American “slack country”.
Being in a remote lodge with only a small select group of touring keeners, unlimited terrain and not a soul around for miles. Mtns as far as you can see ( 5 different scenic Mtn ranges) was hard for them to fathom (nothing like the crowded Euro-scene).They were in heaven. They’ll be back!

Check out the photos of our trip. 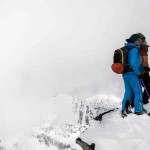 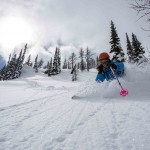 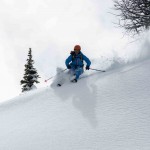 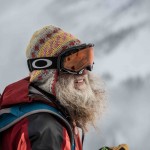 Bomber in his Happy spot 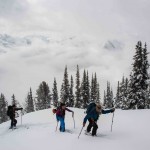 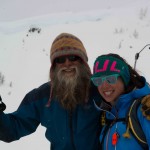 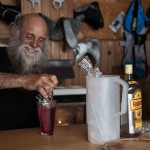 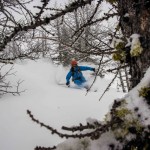 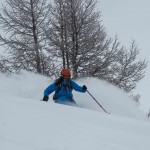 “I better dig out my powder sluice box because I recieved a letter in the mail that certifies I have hit the motherlode! So happy I could yodel. Thank you Bomber and the folks at Mount Carlyle Lodge for providing such a killer prize and thanks to Backcountry Skiing Canada for a great contest.”

It is a Way of Life

Thanks to Milada P. from Slovakia for sending us this quote. “Whatever degree of skill a skier may possess, they should never forget that their skis are after all only an instrument, a means through which they can enjoy the winter in all it’s glory and ruggedness, can breath clean fresh air , can meet human beings in their true character, and can forget all the petty troubles which beset our so-called civilization. These are a few of the reasons why skiing is not merely a sport- IT IS A WAY OF LIFE.

I want to leave ski tracks, not a skid mark Some wisdom from the hills by Peter Lev, who was up at Mount Carlyle this winter.

A little video the group from the 17th of March put together…enjoy!

The Kids from Norway Martin and Theresa “the kids from Norway”. After spending most of this past winter on ski holiday in British Columbia, living out of a van they bought, most of their skiing was backcountry skiing, spending time touring around in the Rodgers Pass, Revelstoke, Nelson, and Rossland areas.

I met them on a chance meeting in a local ski shop (Gerricks- Nelson), helping the “Bergans clothing” rep pronounce some of those Norwegian words…

After they told me what they were up to, I figured As folks have always treated me exceptionally well when I’ve been traveling abroad I though this was a great opportunity for me to “Pay it back”.

How could they go back to Norway without experiencing a B.C., Kootenay backcountry lodge? What a way to show them how we Kootenians spend our time. I also had to show them what our mtns were all about. If I ever make it over to Norway I now have some folks to help me out while in Norway.

They were a great addition to my group of American guests at the lodge during the week of March3-10/2013. Everyone had a great time. One of the best ski weeks of the season.

Happy New Year to all the Carlyle powder hounds out there!! Over this past Thanksgiving David Lussier returned with his family , and 3 other young families. Along with “twister”, being a big hit with the kids, the group established 2 more climbs bringing the total climbs on “Cookie Cliffs” to 5 climbs.

“What good is a town without a ski jump?” — Nels Nelsen

Born in Norway, world champion ski jumper Nels Nelsen sprang to fame on Suicide Hill on Mount Revelstoke National Park. He set world records here in 1920, 1921, 1923 and 1925. In fact, this jump is the only place in Canada where World Record’s were established in ski jumping. Explore the colourful history of Revelstoke’s ski flying past with this film. A collage of archival photage covering six decades. Recently got 50cms of snow in less than that many hours.